Are Influencers Worth the Money?

How to use an increasingly hit-or-miss marketing tactic

Whoever first uttered the words, “All publicity is good publicity,” had no idea what was in store for advertising in the future.

Bad publicity leaves permanent marks on big companies and can absolutely shut down small ones. That’s why every inch of your marketing plan needs to be carefully calibrated. In 2018, with influencer marketing at peak hype, controlling the variables to get good publicity and exposure is harder than ever.

Take last year’s cringe-worthy Pepsi ad starring Kendall Jenner, for example (skip to the 2:00 mark to see the controversial part). Pepsi saw public perception of the product drop to a 10-year low, and Kendall Jenner felt the need to issue a teary apology. 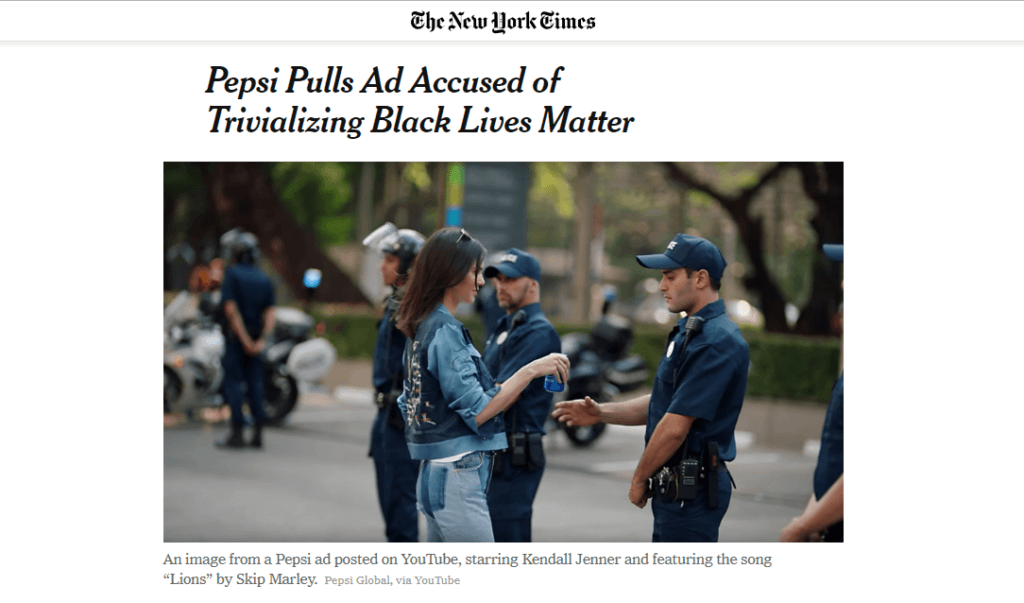 Now, PepsiCo has seemingly shaken that hit off, but they can do that considering the company owns nearly half the brands you find in any supermarket. If you’re a business owner or manager, ask yourself this: Could you survive a swarm of negativity?

A few weeks ago, The Atlantic published one of the first pieces openly criticizing social media influencers. Until then, even exhaustive Google searches came up overwhelming positive, extolling the virtues of influence marketing in the modern world.

Despite a lack of straightforward ways for businesses to properly measure ROI for influence marketing, you’ll find infographics like the one here spouting a 6.5 to 1 ratio of dollars earned vs invested from influencers. Talking to small business owners and observing the actions of big businesses throws that figure into doubt though, and quickly.

That doubt is not to say that the practice isn’t valuable or full of success stories—it is. If influencers weren’t making money, there wouldn’t be thousands trying to get into the industry and Youtube personalities with over 10,000 subscribers despite specializing in drone reviews.

In theory, all of this is great, and social media, particularly Instagram, are well equipped to spread a company’s name and message farther than ever before possible. But businesses are increasingly unhappy with influencer marketing because it works so much better in theory than reality. Here are just a handful of the public horror stories to come out of influencer marketing.

The term ‘influencer’ is vague, and the idea of being an influencer is so prevalent that too many can unironically call themselves one nowadays.

In any normal market, such an oversupply would self-correct itself, but when the commodity is people, that is unlikely to happen. Instead, companies will have to sift through hundreds or even thousands of requests for partnerships to find the few that would actually be beneficial for them.

All of this is driven by Instagram, with a reported 99% of professional influencers doing business on the platform. Unfortunately, none of this marketing sway stops Instagram culture around influencers from ballooning to irredeemable pomp. Instead, the heightened marketing focus fuels an exponential number of people trying to join the fray—and in the process muddying it more.

Consider this: a single post on Kylie Jenner’s Instagram is worth $1,000,000 dollars. That cost is steep, even if most young people in America know who she is. But what about the thousands of aspiring “influencers” spamming companies every day looking for freebies thanks to the fact that they have a few thousand followers? Would giving them anything actually be worth it?

Controlling influencers is even more difficult than deciding whether to use them. Whether your company is big or small, how would you feel if you learned that an influencer you are connected to did any of the following: said something racist, publicly supported something ludicrous like vaccines causing autism, or made threatening remarks towards someone?

99.9% of influencers don’t have skin in the game like the companies themselves do. For most influencers, if their Instagram/Youtube/etc. career flames out, all they’ve lost is the prospect for stardom and posing in front of “Influencer Only” murals.

But you may well have lost your business.

Yet still, statistics continue to support the idea of influencer marketing, so we have to conclude that the problem that needs fixing is not the market, but the influencers themselves.

How can businesses try to do that? By working diligently to find the perfect influencers and cutting off anyone who even has a whiff of insincerity or unprofessionalism. Here are some tips on how to do that:

An important distinction needs to be made between macro-influencers and micro-influencers. Many people, both trying to become an influencer and those looking for one, are under the assumption that more followers=more negotiating power. They’re wrong.

Study after study concludes that if you want to work with an influencer, you should look for an appropriate micro-influencer with between 1,000 and 10,000 followers. They routinely get the highest rate of engagement from their audience, with research concluding that micro-influencers have up to 60% more engagement per campaign than macro-influencers.

A lot is made of the structural changes in advertising that have happened over the past decade or so. TV commercials and print ads have gone from Advertising 101 to a secondary option. But, even with that change, it would never and will never be smart to buy a commercial and only run it once; would you only put up a print ad in one place?

So why would you pay an influencer hundreds or thousands of dollars for a single post? Any influencer who insists on a one-off plug probably has ulterior motives or an insane price tag. Stay away from them.

3. Be transparent with your customers

Most people don’t like advertisements. But they like being deceived even less. If you do a straight advertisement through an influencer, at least clearly mark it as one.

Better yet? Do content marketing with an influencer to engage their audience in the best way possible—you get your exposure and the audience gets something of use instead of a half-hearted endorsement advertisement that wastes their time.

4. Have a marketing campaign that can stand on its own two legs

Influencers can bring immense value to your business, but they can’t be the sole source of that value. Beyond having a product or service that people want, you should be able to produce marketing campaigns that succeed without an influencer.

If you give an influencer a bad campaign to spread, or don’t collaborate well with them, the marketing you put out is likely going to underperform. The key is to put together a great marketing idea, and then bring the influencer onboard to amplify its impact.

5. Match your brand’s voice and your influencer’s voice

Know your brand and scout the market for adjacent influencers. Go through every campaign the influencer has ever done to get a sense of their style, their voice. Does it match? If not, don’t force a connection. Keep looking.

Remember, you’re giving them access to your product or service, so you need to be confident they will like it and promote it the way you want it promoted. But the key to an influencer’s promotion is their voice. If you impose a strict direction on them the result won’t be enthusiastic, and that will show.

If you and your influencer are on the same wavelength, collaboration will be simple. Their ideas will click, and you’ll immediately know that you actually have a good chance at making that 6.5 ROI.

When people think about how to improve their business, they often overlook the little things. Of all the features MightyCall offers, call recording has a good argument as the most useful, but it still likely wouldn’t make most people’s short list of how to improve a business. Not everything in business is about grand sweeping…

As my father would say to me going through the growing pains and the first world struggles of middle school and puberty, “son there comes a time in every man’s life where he feels the need to look for a woman.” This goes just as equally for the men as it does for the females in that we all feel the need for partnership. Just like the thought of winning the…

Why IVR is Useful for Business

How IVR Can Take Your Business to the Next Level Have you been looking to make your business more professional? Have you been trying to find a way to shorten wait times for your callers? Or would you just like a way to increase your ability to provide customer service? IVR, short for Interactive Voice…